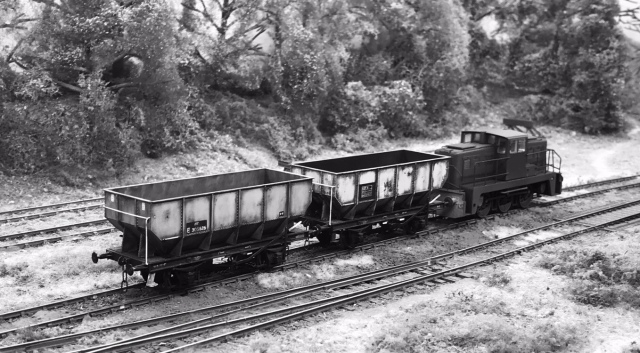 This weekend was a good shakedown for Shelfie2 at the Define show. The Dinghams worked with a high degree of reliability, and generated quite a bit of interest by themselves. The stock worked well too, and we had a visitor in the form of this Oxford Rail/Golden Valley Janus you can see here. Using a layout at an exhibition does fault find for you and there’s one or two pieces of stock that’ll need a bit of TLC to raise it to the reliability I want to give the best show for punters and operators alike. 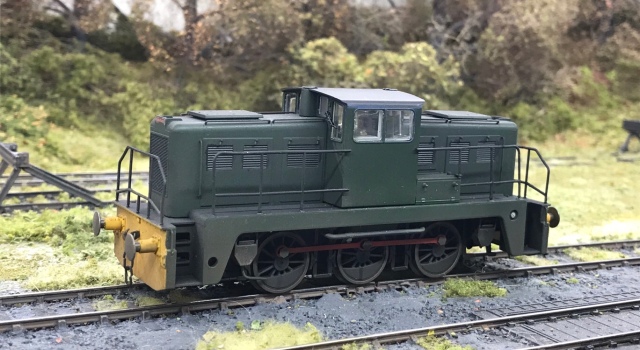 The Janus worked well but unfortunately was one of the wired in reverse releases, which was frustrating and caught me out a couple of times. It has however raised its head sufficiently that I’ll consider one for stock in due course. The example seen here has been resprayed and weathered which has changed its appearance significantly for the better. Layout lighting worked well and over the course of the day gave no problems, this being the first time I’ve used this type of LED strip lighting at an exhibition. The picture you see above is under that natural colour balance the light tubes emit, and they were cool to touch at the end of the day after about eight hours illumination. 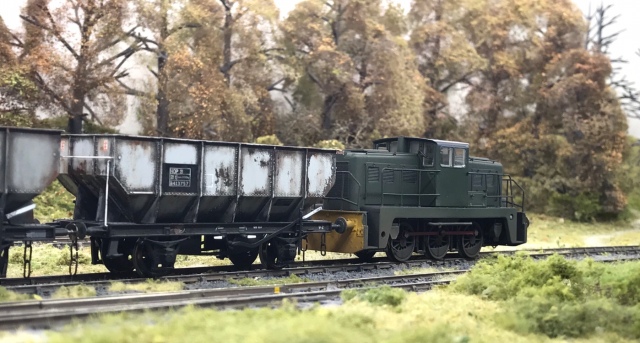 The backscene material didn’t make it in time, so the backdrop was rigged up from lining wall paper. This allowed me to demonstrate the desired final effect with a piece of pre painted art card. I also received two show invites for this year which provisionally have been accepted, and I’ll post more detail on those in the future. So pretty pleased with the weekend, and the two exhibitions certainly focus the mind for final detail and fine tuning over the next couple of months. To come, more track detailing, more woodland, and a bit more variation in the wagon fleet, and a chassis strip down for one of the 08’s.

Enough to keep me out of, or more likely, in trouble, for a while..

This site uses Akismet to reduce spam. Learn how your comment data is processed.